Cryptocurrency is a word that has been floating around and many people have been asking, what exactly is it?

If you’d like to get a better understanding of what crypto is, then keep reading. 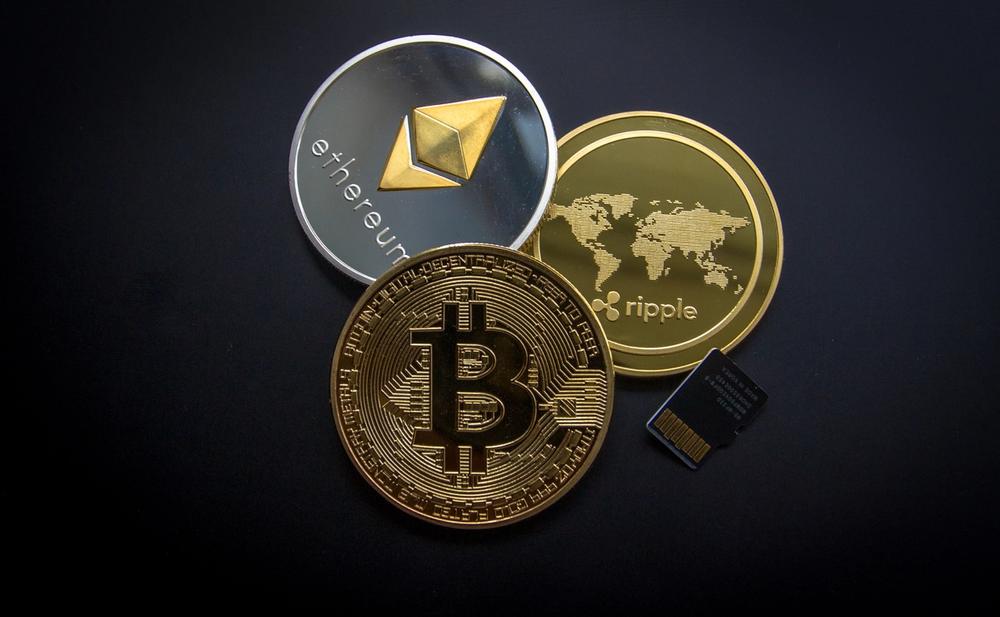 Cryptocurrency is a digital currency that is decentralized, and is not tied to the traditional banking system. This means that cryptocurrency users don't have to rely on banks for verification of transactions.

Cryptocurrency is based on blockchain technology. Simply put, blockchain technology is a system that records information in a secure manner, thus making it impossible to change entries, double spend or hack the system. It also keeps a record of the owners of the different digital assets.

While you can use cryptocurrency to purchase normal goods and services, most people use crypto to purchase assets like stocks, NFTs and precious metals like gold, among others. When you transfer cryptocurrency funds, the transactions are recorded in a public ledger. It is also important to note that cryptocurrency is stored in digital wallets.

A caveat before you get into crypto, be sure to conduct intensive research and consult your financial advisor as there's a level of risk attached to this type of investing.

Bitcoin is a common cryptocurrency as it was the first one that was founded in 2009 by Satoshi Nakamoto and to date, it remains to be one of the best cryptocurrencies to trade for profit.

You may wonder, where exactly does cryptocurrency come from? 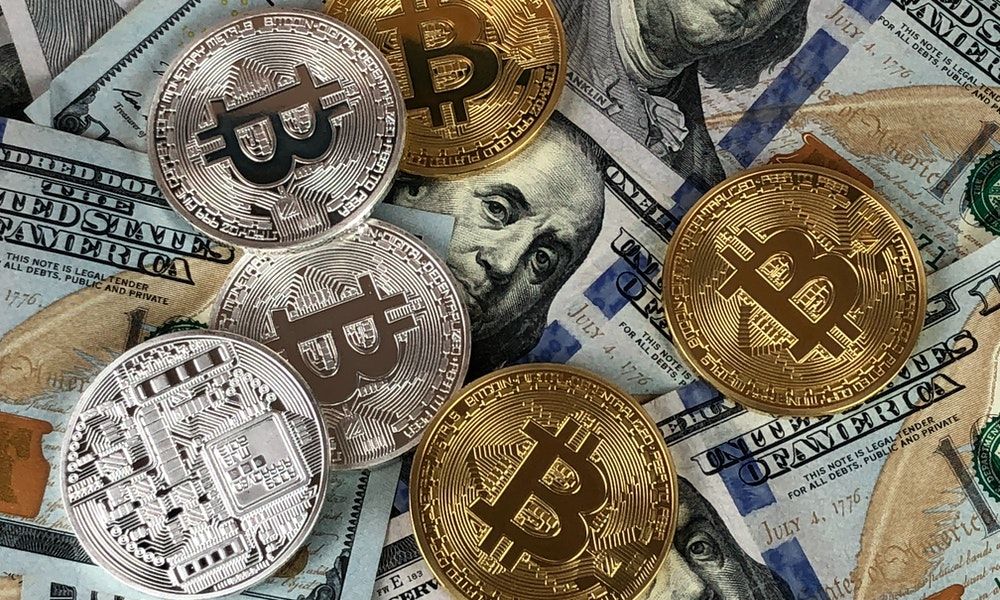 A common way in which cryptocurrencies are made is through mining. Mining is a process that is energy intensive whereby computers solve complex puzzles in order to verify the authenticity of transactions on the network. Bitcoin is made using this process.

Some other types of cryptocurrencies are created using different methods. Most of these other methods are not too energy intensive, thus minimizing the negative environmental impact.

What Are The Different Types Of Crypto?

There are different types of cryptocurrency and they generally fall into two main categories:

A digital coin is a form of cryptocurrency that is built on its own blockchain and very much acts like the physical money that we all use today. The digital coins can be used to store value and also as a medium of exchange between different parties when conducting business. Some examples of coins include Bitcoin and Litecoin.

Tokens are created on an existing blockchain and aren't really considered as currency. Rather, they are used as programmable assets that allow people to create and execute smart contracts. These contracts act as a proof of ownership of assets that are not part of the blockchain network. They can represent items like NFTs and other digital assets. An example of a token is Ether and it is used to transact on the Ethereum network.

Another common term when it comes to crypto is altcoins. What are those and what do they do?

The term "altcoin" came about as a short form of "alternative to Bitcoin". A lot of the altcoins in the market today were created as an improvement to Bitcoin. Bitcoin has a limited supply of coins and there can only be a maximum of 21 million Bitcoins created as decided by the inventor. As a result, this creates a high demand and reinforces that value that people attach to them.

Some examples of altcoins include Ethereum, USD coin, Tether, Litecoin among many more. 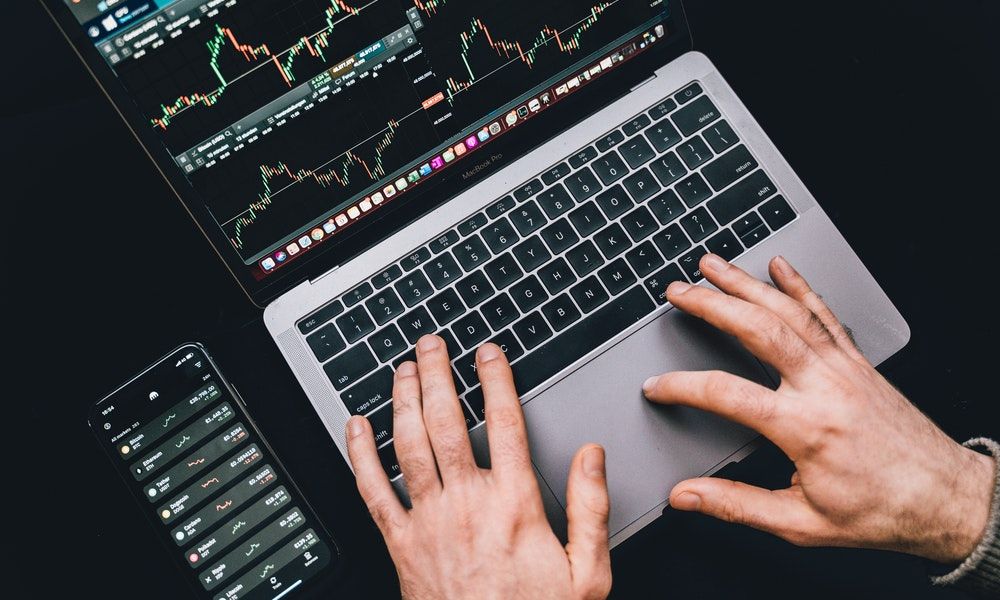 When it comes to crypto, Bitcoin is considered the first cryptocurrency that was created. All the others are known as altcoins. Here are other popular digital currencies out in the market today.

Disclaimer, the prices and market cap values are subject to change.

When discussing cryptocurrency, Bitcoin is probably the one that most people refer to. It was created in 2009 but gained popularity in 2017. Bitcoin is built on blockchain technology, a public ledger that is decentralized and that has digital records of all Bitcoin transactions that have been made in the history of Bitcoin. The public leger allows the parties that own Bitcoins to prove ownership whenever they are trying to use them. This helps to avoid fraud and any tampering with the digital currency.

Bitcoins are not regulated by the government or any third parties like banks. They use blockchain technology to facilitate payments and digital transactions. An advantage of using such a decentralized currency is that it makes peer-to-peer money transfers more convenient and less expensive. Therefore, it eases the process of currency transfer between parties in say different countries, as compared to doing it the traditional way via third party financial institutions.

In 2022, the number of Bitcoins in circulation is roughly 18.99 million, against a capped limit of 21 million Bitcoins.

Ethereum refers to a platform that utilizes blockchain technology to enable the users of the platform to create smart contracts and decentralized apps, also known as “dApps”. This therefore means that the software doesn't have to be distributed by the popular online stores like Google Play Store or the App Store.

Ether is the token that is used to enable transactions on the Ethereum network. Unlike Bitcoins, there isn't a limit that has been attached to the number of Ethers that can be created.

Ethereum as a form of payment has enabled its users to conduct numerous trades online and they have been linked to the boom that has taken over in the NFT industry.

Tether, also known as a "stablecoin" is a breed of cryptocurrency called fiat-collateralized stablecoins. The value of the tether is tied to a fiat currency, in this case the U.S. dollar.

Tether is designed to combine the positive attributes of cryptocurrency with the currency issued by a government in order to offer stability, lower transaction fees and transparency to its users.

If you're an investor looking to invest in crypto that isn't too volatile, Tether would be a great option for you. Based on data from February 2021, 57% of Bitcoin trading was conducted using tethers.

Binance Coin, also referred to as (BNB) is a cryptocurrency token that is used as a form of payment for the trading fees attached with trading on Binance Exchange. Initially, Binance Coin was built on the Ethereum blockchain but now exists on the Binance blockchain platform.

Today, BNB can also be used to settle payments, for entertainment, to book for your travel as well as to access online and financial services.

When they were first created as a utility token in 2017, a maximum of 200 million tokens were made available. However, Binance buys some coins every quarter and destroys some coins in order to drive up the demand amongst its users. In July 2021, Binance burnt approximately 1.29 million coins, an equivalent of $394 million then.

If you would like to buy Binance coins, you can do so on the Binance cryptocurrency exchange platform.

Similar to Tether, USD Coin is a stablecoin that runs on the Ethereum blockchain and the value of it is tied to the U.S. dollar.

The main goal of having the USD Coin was to create a dollar that was fully digital in order to make user transactions faster and cheaper. The USDC has the stability of U.S. fiat currency but it doesn't require users to transact through a bank or live in a particular country.

As opposed to being an investment, the USDC is viewed as everyday currency that can be used by traders and merchants on the internet.

On March 29, 2021, Visa announced the use of USDC to settle transactions on its payment network. As of June 2021 there were 24.1 billion USDC in circulation.

XRP is a digital currency that was developed by Ripple Labs, Inc. Ripple is a currency exchange system that facilitates fast and affordable transactions. The main aim of Ripple is to ease and scale digital payments across the globe.

In the market today, there are a maximum of 100 billion XRP that exist and so, no more can be mined. Compared to other digital currencies, XRP is cheaper and faster as it doesn't rely on complex digital verification processes via blockchain. Instead, the Ripple network makes use of a unique system to verify and validate transactions.

Cardano is a cryptocurrency that was created by Charles Hoskinson, one of the co-founders of Ethereum. Ada is the name of the currency, named after Ada Lovelace, a 19th-century mathematician. Cardano provides solutions for voter fraud, legal contract tracing and also uses smart contracts to enable identity management.

Cardano relies on proof-of-stake (PoS), which means that less energy is used when mining coins, as compared to Bitcoin. This makes it more efficient and environmentally friendly.

Solana is a decentralized blockchain platform that generates a cryptocurrency called Sol. It is built to enable apps that are user-friendly and scalable.

By September 2021, Sol was trading at approximately $191.00, a huge growth from the previous year where it was worth $3.42. What contributed to this growth is the fact that Solana has made a lot of progress in decentralized finance, also known as DeFi, specifically when it comes to smart contract technology. These are programs that run like paper contracts but without the presence of middlemen.

The rise in value of Sol in 2021 was as a result of the launch of “Degenerate Ape Academy,” a non-fungible token (NFT).

Dogecoin was considered as the original "memecoin" when it was first launched in 2013. It was created by two software engineers, Billy Markus and Jackson Palmer as a joke as there was a lot of speculation about the cryptocurrency market.

Dogecoin is an altcoin that is run on a blockchain using a PoW system, quite similar to Bitcoin and Ethereum.

In 2019 when Elon Musk shared a tweet and implied that his views towards Dogecoin were positive, investment in the digital currency shot up and it raised Dogecoin's profile as a credible cryptocurrency.

It is accepted as a form of payment by some major companies, including the Dallas Mavericks, Kronos, and SpaceX, an American aerospace manufacturer owned by Elon Musk.

Polkadot was co-founded by Gavin Wood, who was also one of the co-founders of Ethereum in 2020. The cryptocurrency for the blockchain is referred to as DOT.

Polkadot functions using two blockchains. The main network is where transactions are permanent and then there's the parallel network of user-created blockchains, called “parachains.” Parachains can be customized for numerous uses like building apps. They benefit from the security of the main blockchain.

Since establishment, it has rapidly grown to become among the bigger networks in the crypto industry.

So, you want to buy cryptocurrency, how do you go about it?