by William Huston, AIF®, AIFA® in Investing IdeasPublished on April 26, 2022 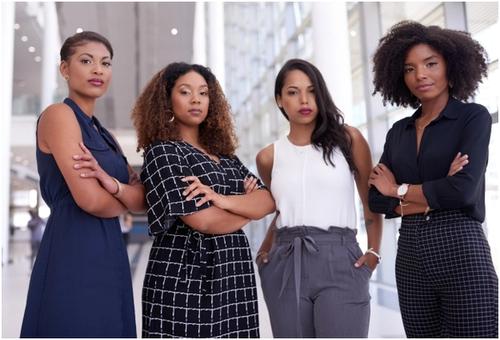 What Black women are achieving is nothing short of amazing. They excel even with so many odds stacked against them.

The impact of the pandemic is the best example of them beating the odds. Black business ownership dropped by over 40% (more than any other race), and only 29% of Black applicants received government aid compared to 60% of White applicants.

They didn't have the means to pick themselves up but now, according to research, Black business ownership is up by almost 30% on pre-pandemic levels. It's enough to make you wonder, how do they do it?

Even before the pandemic, they were still making big moves against the odds. Black female-owned businesses have grown 50% from 2014 to 2019, compared to 21% for all women-owned businesses. This is just amazing because they receive less than one percent of the total venture capital in the U.S. White women receive 11% and Asian women receive 6%. 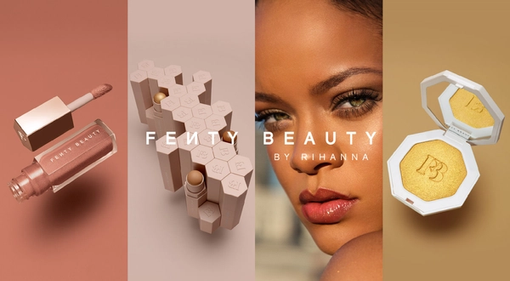 Our list starts with the black female-owned business that jolted the industry and shifted the beauty landscape – Fenty Beauty.

Rihanna started the business in 2017 with the goal of representing all underrepresented, underserved women and cultures. So, she launched it with 40 different shades of foundation (now 50) so all skin tones were included. Little did she know how big an impact her brand would have.

In the first year, Fenty Beauty became the biggest beauty brand launch in YouTube history, going live in 17 countries on the launch day and ready to ship to 120 others. It also led to the Fenty Effect, which called on all industries to challenge the status quo. This caused beauty brands to expand their products to be more inclusive. Investing in such a business is one of the best ways to effect the much-needed change. 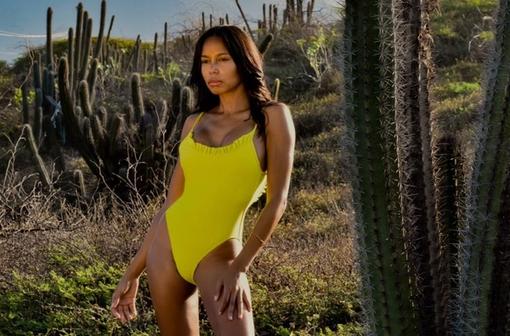 Chantel Davis wanted to change the world; that is why she majored in liberal arts of International Studies. But the entrepreneurship bug bit her in 2015, leading to her changing the world in ways she didn't expect.

When she started the swimwear brand Castamira, the Jamaican-born designer had just come out of a modeling contract and had had two startups fail. Now, she is a one-woman show, running everything by herself for the most part.

She decided to focus her brand on one-piece swimsuits due to her insecurities with her own body. She believes the human body is an art, and draping the fabric of a full-body suit shows the full landscape of a woman's curves and heightens the imagination of what is underneath.

She has gone through several struggles for her business to be where it is today but still sees room for growth. 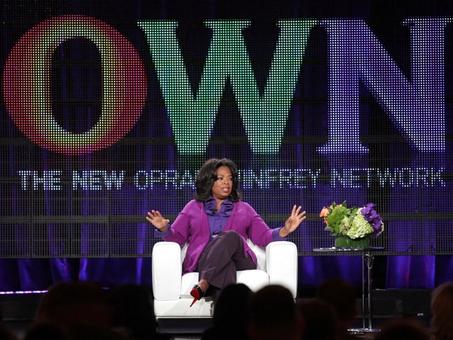 From being born to a poor unwed teenage mother to an actor, the number one talk-show host, and very powerful woman, Oprah Winfrey has come a very long way.

The Oprah Winfrey Network (OWN) isn't the first she tried to launch. In 2000, she co-founded Oxygen but wasn't involved in content creation and only on the board of directors for the duration of a few meetings. OWN, her cable television channel, debuted in 2009.

With OWN, she is the chairperson, chooses the CEO, and is involved in every single element of the programming." At the time, she had millions of viewers worldwide. Her enormous influence on her show and network gave rise to the "Oprah Effect", which led to a boost in sales that followed a recommendation or endorsement on her show. Investing in such a business is like giving a voice to women and the underrepresented. 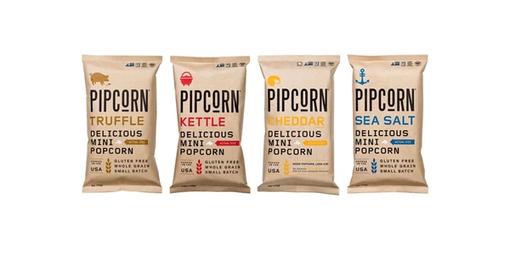 In shark tank episode 621, a nervous Jen and Jeff Martin landed a $200,000 deal with Barbara Corcoran. But that is not where their story started.

It didn't start as an entrepreneurship story either. Jen didn't set out to be an entrepreneur. She would just make things and think "I could sell this" or "this could make a business" and then go for it. With that same mentality, she created Pipcorn out of heirloom corn. At the time, she was lucky she was young enough to not worry about the impact of a failure.

She launched the Pipcorn brand in 2012 with just $3,000 and sold them by handing out hand-stamped brown bags. Less than a year later, Pipcorn landed on Oprah Winfrey's favorite things.

Before their segment aired on shark tank, they had 26 orders on their website. 24 hours after airing, they had over 7,000 orders. Now, their revenues have grown to over $5 million per year. 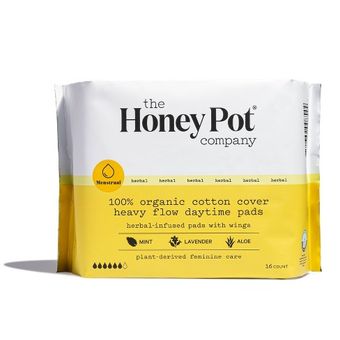 Beatrice Dixon, the founder of the Honey Pot, a company that deals with plant-based products such as feminine washes, wipes, tampons, pads, and mommy-to-be products among others, has had some notable achievements.

She is one of the 40 black women who raised more than $1 million in venture capital, was named one of Entrepreneur's top 100 groundbreaking women entrepreneurs of 2019, and received a CEW Indie 65 Award in 2019 among others.

Her's is a dream come true, literally. She was suffering from bacterial vaginosis and different doctors had tried to treat it but failed. One night as she was dreaming,her late grandmother came to her and told her ingredients and instructed her on how to create the treatment. The next day, she bought them, made the treatment, used it, and was healed in a few days.

She started her business by giving the treatment out to friends and family to see if it will work. Now, she sells products nationwide at Target, Walmart, Whole Foods, Walgreens, and retailers across the U.S. 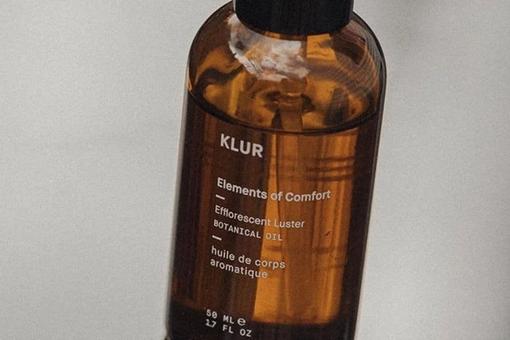 Klur is a skincare line that has seen more difficulties and had to jump over more hurdles than most. It started as Klur Skin in 2015 and had even been in retail at Urban Outfitters. But after a year, the founder, Lesley Thornton didn't see it going the way she envisioned. She pulled it from the stores to reformulate and rebrand it.

In 2019, Klur came back with a 7-piece collection that includes serums, face oils, a cleanser, and an exfoliating powder. Her products are made up of everything she wanted to experience as a customer but didn't get to.

Despite using the same science-backed, sustainability-centered formula, she was rejected wherever she went to pitch the brand. During this time, she even took a temporary job as a Lyft driver to keep it afloat.

Just a year later, beauty editors, retailers, and influencers were clamoring to partner with and write about her. 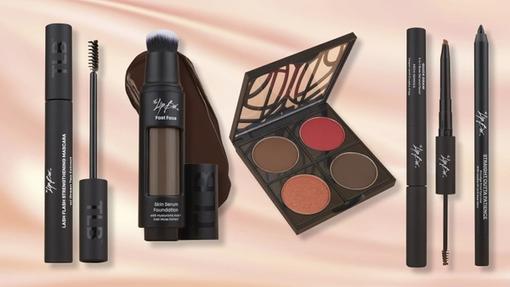 Melissa Butler started as a Wall Street financial analyst. Two years later, she quit her job and created The Lip Bar Truck, a revamped party bus, and drove around the country to get her products to customers. Her first year was relatively successful.

In November of the same year, she pitched her idea on Shark Tank but unfortunately, she was rejected. But that only fueled her tenacious spirit and four years later, she opened The Lip Bar's first retail store and landed a retail partnership with Target. Now, her products are sold in over 1000 stores nationwide.

Her company only dealt with lipstick but due to customer requests, she expanded into other beauty categories such as eyes, and complexion. The company grew to have multiple workers and thousands of supporters including Michelle Obama. 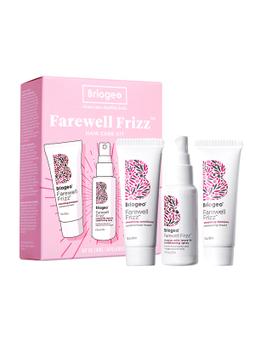 When she finally found a formula that worked, she founded Briogeo Hair Care, inspired by New York City's vibrant culture and core values. "Brio" is Italian for "vibrant and full of life" and "Geo" is a Latin word meaning "of Earth and nature". Her brand is currently doing well, but it didn't get there without its fair share of difficulties. Shifts in consumer behavior and the rise of the social justice movement are just some of them. 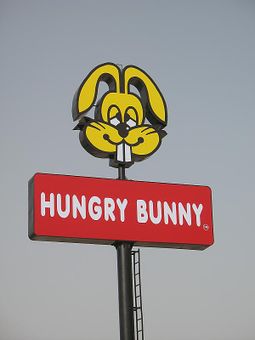 Khloe Hines was among the unfortunate people who lost their jobs during the pandemic layoffs. She chose to see it not as a bad thing, but as an opportunity to jump on her dream and serve the community. With that, she started Hungry Bunny, a virtual shop that dealt with a healthier alternative to normal donuts.

The donuts are vegan and 100% cruelty-free and organic, which is one of her main selling points. She bakes them from her home and delivers them right to your front porch. 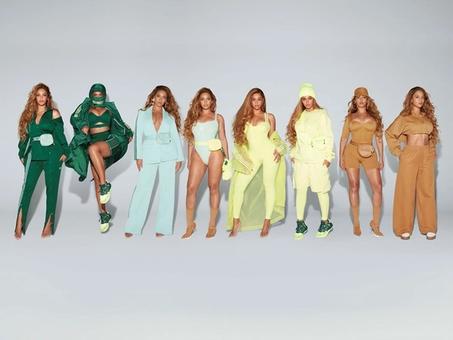 Ivy Park is an athleisure clothing line owned by Beyonce. It deals with such clothing as tops, bottoms, swimwear, and accessories among others for people of all ages.

As she was launching it in 2016, she said she hoped to, "push the boundaries of athletic wear and to support and inspire women who understand that beauty is more than your physical appearance".

Ivy Park, named after their daughter, has seen its fair share of struggles. After launching in 2016, the co-owner had allegations of sexual assault and racial abuse, leading to Beyonce buying back her shares and assuming full ownership.

So good are its products that after her partnership with Adidas in 2020, the collection sold out in minutes and even led to their website crashing. 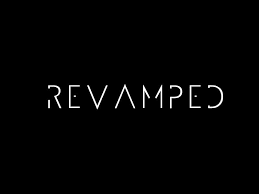 Myrlaun Walker founded a very successful PR company in Los Angeles, Revamped PR. She leveraged her bachelor of science, fashion, and retail management to create the publicity and management agency.

It focuses on brand development through business exposure, brand design, brand alignment, and network introductions, with a focus on fashion and music. What really makes her company stand out is her dedication to the business, creative approach to branding, and connections in the industry.

Apart from running her company, she is a contributor to Forbes, HuffPost, Paper Magazine, and more.

Black female-owned businesses are growing faster than all other women-owned businesses combined. And since they are doing it with so many odds stacked against them, just imagine the impact you could have if you decided to do away with just one of the odds: financing.

But it's entirely up to you whether you want to be part of a team with a high likelihood of winning, or not.

If you decide to invest in black female-owned businesses, whether from the above or not, the best way to do it is through Bay Street Capital Holdings.