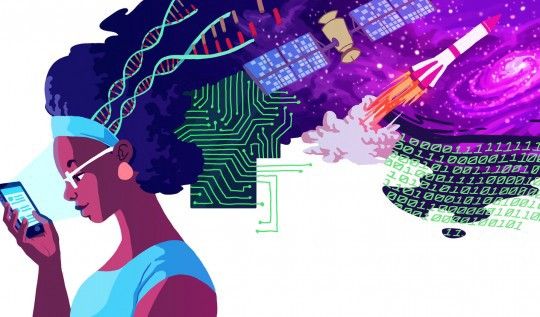 The finance industry has been largely male-dominated but this is changing gradually as more women get into the financial space. Today, more opportunities exist for women in finance and this can be largely attributed to other women who have pioneered in the industry.

Here are some excellent female investors who have achieved great success and continue to take the industry by storm. 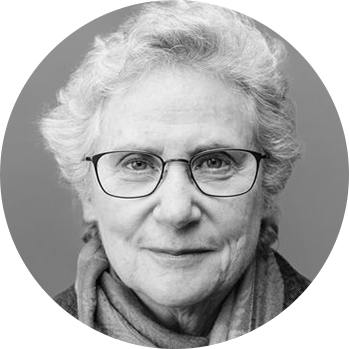 Abby Joseph Cohen has been a well-known and respected portfolio strategist for decades. Her positive and accurate market forecasts in the 1990s made her the face of the bull market and a star in the finance industry.

She served as a Federal Reserve Board economist after which, she worked as an economist and quantitative strategist at major financial firms, including T. Rowe Price. She joined Goldman Sachs in 1990 and then became a partner in 1998. Cohen retired from Goldman Sachs as Senior Investment Strategist in 2021 to join the Columbia University faculty.

In the past, she has held prestigious positions with organizations including Cornell University, the CFA (Chartered Financial Analyst) Institute, Major League Baseball, and the Council on Foreign Relations. 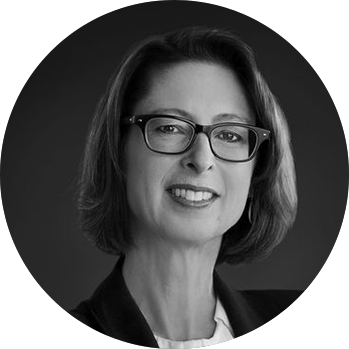 Billionaire Abigail Johnson served as President and CEO of Fidelity Investments since 2014, after which she took after her father as Chair and CEO in 2016. Her grandfather Edward Johnson II, founded the Boston-based mutual fund giant in 1946. She is the daughter of Edward C. Johnson III, the former Fidelity Chair.

Currently, she owns approximately 25.5% of the firm, Fidelity Investments having an estimated $4.2 trillion in managed assets. Her net worth is estimated at about $22.8 billion.

In as much as Johnson was born into a family that propelled her career to where it currently is, she still is very much qualified to lead the company. Johnson earned an MBA from Harvard and worked under customer service, then as an analyst and also as an equity portfolio manager with Fidelity for about a decade before earning her first executive position there.

Johnson has embraced cryptocurrencies and, in 2018, Fidelity launched a platform that allows institutional investors to trade bitcoin and ether. 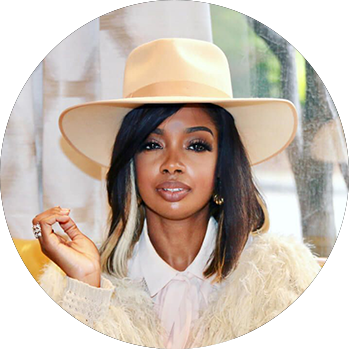 Simone received her MBA from Florida A&M and has the entrepreneurial experience that spans a period of 17 years. She has successfully grown a PR and marketing firm and also founded Fearless Magazine and the Fearless Platform in 2010, with a mission of inspiring millennial women in the entrepreneurial space. Over the years, her background in the entertainment industry has allowed her to establish relationships with billion-dollar corporates such as Sony Pictures, Universal Pictures, and Walt Disney Pictures. 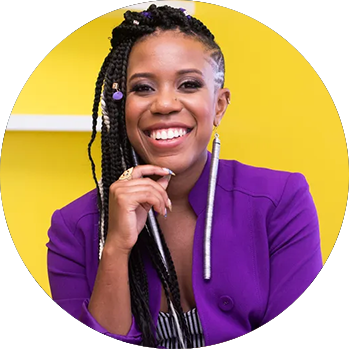 Arielle Loren is the founder of 100K Incubator, the first business funding mobile app for women in Apple and Google’s app stores. The mission of the company is to help 100,000 early-stage women entrepreneurs get access to funding for their businesses in order to scale to $100,000 in annual sales.

Previously, Loren worked as a consultant for a decade. She worked in the fundraising space and also supported top brands and startups. Arielle's client work, speaking, and writing gigs have been featured in various notable media outlets such as Fast Company, TechCrunch, Huffington Post, SXSW, and NPR.

She earned a graduate certificate in International Business Management from Georgetown University and a bachelor’s degree in Social and Cultural Analysis and a certificate in Producing from New York University.

Loren is also a Harvard University graduate and holds a master’s degree in Management and a graduate certificate in Strategic Management. 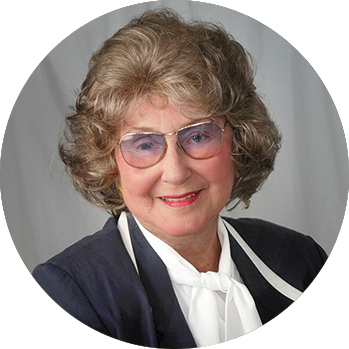 Geraldine Weiss dubbed the “Grand Dame of Dividends,” was among the early women pioneers in the finance industry. In 1945, she graduated from the University of California, Berkeley. At the time, no investment firm wanted to hire her outside the secretarial pool, despite having earned a degree in business and finance.

In the face of continuous rejection, she decided to establish her own investment newsletter, Investment Quality Trends in 1966 at 40 years old. To avoid being discriminated further because of her gender, Weiss made a decision to sign off her newsletter as “G. Weiss.” It wasn’t until 1977, when she appeared as a guest on the popular PBS-TV program “Wall Street Week with Louis Rukeyser,” that she revealed her identity, after achieving a consistently successful track record.

Weiss’ value-based, dividend-oriented stock-picking strategy outperformed the strategies recommended by other newsletters and has achieved above-average returns even in poor markets. She continued to publish her newsletter, Investment Quality Trends, for 36 years up until she decided to retire in 2002. The newsletter still exists and still follows Weiss’ strategy. 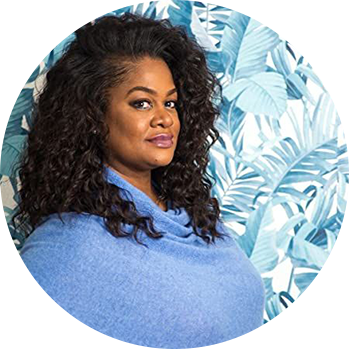 Kathryn Finney is the Managing Partner of Genius Guild, a $20 million dollar venture fund & studio that invests in incredible Black founders in order to help them build businesses that can scale and that serve Black communities. Among the partners involved in the business include Pivotal Ventures, an investment and incubation company founded by Melinda Gates, Impact Seat, an investment company led by serial investor Barbara Clarke, and individual investors like Andrew Bosworth and the Lorenzini Family.

She is considered by Inc Magazine as among the most influential women in tech. Her previous work has laid a strong foundation for Black entrepreneurs and investors. In April 2020, Kathryn founded The Doonie Fund with a $10,000 personal donation, to support black women entrepreneurs during the COVID-19 crisis. The fund grew to over $150,000 and now two years later, it has supported 2,000 Black women entrepreneurs.

Finney is also the founder and past CEO of digitalundivided, a disruptive social enterprise whose focus is on creating a world where women own their work. Kathryn started digitalundivided after selling her company, The Budget Fashionista, the pioneering lifestyle media company. 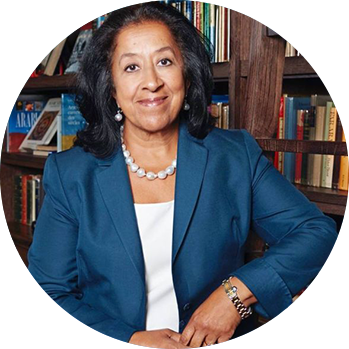 Olayan is a private investor who was the CEO of Olayan Financing Company for 33 years. She managed the Middle East arm of global investment company Olayan Group. Olayan Group is one of Saudi Arabia’s most prominent companies.

The company started in 1947 as a trucking business and she joined the family business in the early 1980s. By this time, it was not socially acceptable for Saudi Arabian women to work in businesses at all. Against all odds, she pushed through and steadily rose up the ranks of Olayan Finance Company. Since then, she championed for women's rights in the workforce. During her tenure, she employed hundred of women. In 2019, she retired from the company. Overall, Olayan Financing Company's portfolio focuses on public equity, private equity, and real estate.

In 2004 when she joined Saudi Hollandi Bank, she became the first female board member of a Saudi public company. She currently serves as the chair of Alawwal Bank. 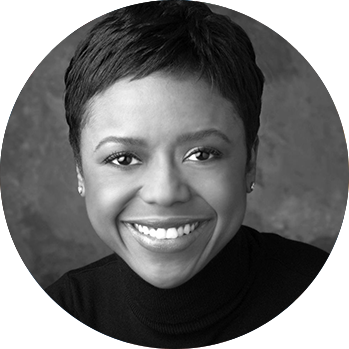 Mellody Hobson is co-CEO and President of Chicago-based Ariel Investments. In addition, she is also an advocate of financial literacy. In 2015, Times magazine named her one of the 100 most influential people in the world.

Hobson has been the President of Ariel Investments since 2000 before becoming co-CEO in 2019. She landed at Ariel as a summer intern while she was a student at Princeton University. It was John W. Rogers Jr., the founder and co-CEO who recruited her.

Mellody’s community outreach includes her role as Chairman of After School Matters, a Chicago non-profit that provides area teens with high-quality after school and summer programs. She also serves as the vice chair of World Business Chicago, is the co-chair of the Lucas Museum of Narrative Art and a board member of the George Lucas Education Foundation and Bloomberg Philanthropies. 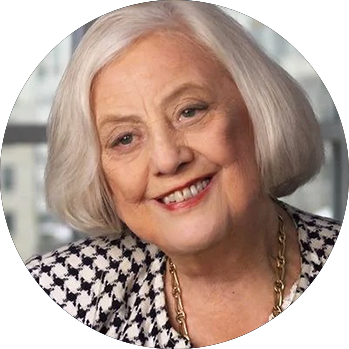 Muriel Siebert (1928-2013) was the first woman to own a seat on the New York Stock Exchange. She was known as "the first woman of finance." Without getting a college education, Siebert started off working in entry-level research positions in finance and she eventually made partner.

In 1967, she founded the brokerage firm Muriel Siebert. She faced numerous challenges when trying to register her firm with the New York Stock Exchange. At the time, she received countless rejections from men who refused to sponsor her application as it was difficult for her to meet the financial requirements that were necessary as part of her entrance requirements. Despite these challenges, she went ahead to become the first woman-owned member of the NYSE.

All in all she persevered and she ended up pioneering individual discounting in 1975, after the federal government scrapped fixed commissions for brokers.

Siebert joined politics and she spread her financial expertise to this field too. She became the first woman to serve as superintendent at the New York State Banking Department between 1977-1982. In this role, she helped prevent bank failures in a tumultuous market. As a Republican, she also made a bid for a US Senate seat. Siebert passed away on August 24th, 2013. 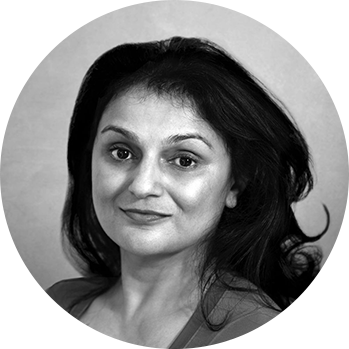 Sonal Desai is the Executive Vice President and Chief Investment Officer of the Franklin Templeton Fixed Income Group. In her capacity, she oversees approximately $157 billion in fixed-income property. She joined the company in 2009 as director of analysis for international macro. In 2018, she became the CIO of Templeton. She is a member of Franklin Resources' Executive Committee, a small group of the company's top leaders responsible for shaping the firm's overall strategy.

Dr. Desai holds a Ph.D. in economics from Northwestern University and a B.A. in economics from Delhi University. She started off her career as an assistant professor of economics at the University of Pittsburgh before transitioning in the financial world. She worked at the International Monetary Fund in Washington, DC for over 6 years and then joined the private financial sector and where she worked for about five years as director and senior economist for Dresdner Kleinwort Wasserstein in London.